The world heritage of malta

There are 3 places in Malta recognise as a world heritage according to UNESCO in 1980:

Valletta
The city of Valletta, was in 1566 by the great masters of the Hospitaller order, Saint John of Jerusalem. Masters of the archipelago from 1530 to 1798. The city has many buildings of this period: there are 320 monuments we year area of 55 hectares, exceptional concentration in the world. The creation of a fortification on the Scebarras Peninsula is envisaged since the installation of the Order of St. John of Jerusalem in Malta in 1530. Many projects are envisaged, but only the construction of Fort St. Elmo is carried out before the Ottoman attack of 1565, which fails after three months of siege. Because of this event, the funds flow from the European Christian failed short and the Hospitallers had to build near Fort St. Elmo and Castell'amare (Birgu) a new fortified city that will take the name of its initiator Jean of Valletta.
The city has been inscribed on the World Heritage List (UNESCO list) since 1980 and will be the European Capital of Culture in 2018.

Hypogeum of the ?al museums
The Hypogeum of ?al museums in malta is a big structure excavated with lots of room. At the end of 19th century, the improvement of war ship build attracted lots of people who want become worker in paola. The constructions multiplied for many years in an area called Tal-G?erien (caves in the Maltese), which suggests a popular historical involvement from the people of Malta.

In 1902, digging a cistern at Paola, workers discovered a cavity that they hurry to consolidate to avoid collapse (these works are still visible today). Purpose of this cavity does not have the appearance of an old historical cave. Quickly, the Museum's executive committee mandated Jesuit Father Manwel Magri who decided to excavate the second per level (the upper level being at that time privately owned). The teams of workers who cleared the site, dispersed the bones making it impossible to interpret any burial rites. The work was not finished when, in 1907, Father Manwel Magri was set out on a mission to Sfax where he died without writing the report of his excavations. It is a professor of medicine Themistocles Zammit, who worked with since 1905 Magri, who takes his succession and keep the excavations until 1911.

The fortuitous discovery of the hypogeum is like the beginning of archeology in the archipelago, thanks to Themistocles Zammit. If Magri is the pioneer, Themistocles Zammit will be considered the father of the Maltese archeology. The decision to open the site to the public was made in 1908 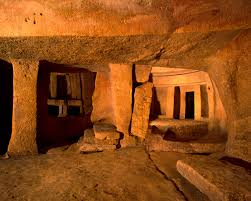 The temples of Malta megalithic temples (?gantija, ?a?ar Qim, Mnajdra, Skorba, Ta' ?a?rat and Tarxien) are constructions prehistoric monumental built between 4th and 3rd millennium BC. This counts among the first buildings with free rock, instead of today’s usual combination of bricks and cement. It's fabulous by its diversity and decorations. Each build is a unique architectural masterpiece and witness as an exceptional prehistoric culture, celebrated for its impressive architectural, artistic and technological achievements.

UNESCO decided to extend the boundaries in 1992 of the property already inscribed under the name of "Ggantija Temple", to include the five prehistoric temples located in the islands of Malta and Gozo and to rename the site "Megalithic Temples of Malta". 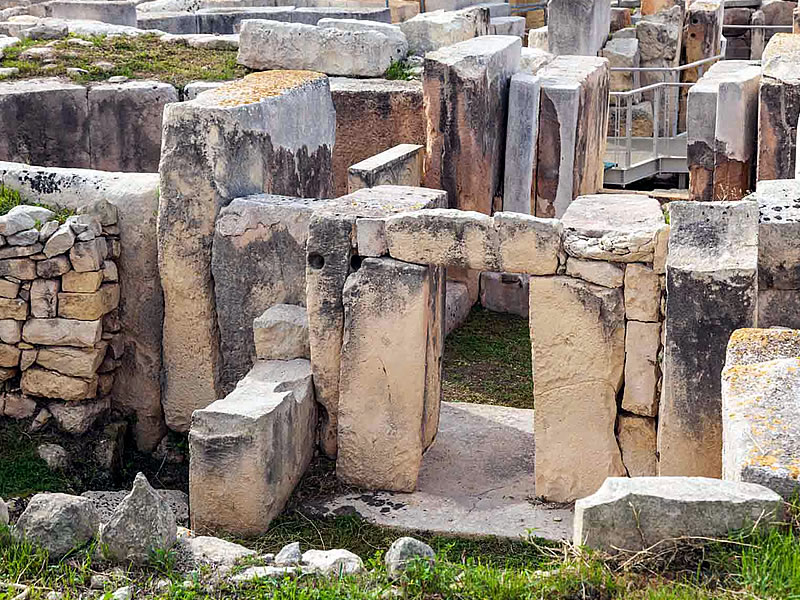